Juvenile Law: When Children are Tried in Adult Court

The History of Juvenile Law in America

Before the 19th century, children were tried in court as “miniature adults.” It wasn’t until 1899, that the first juvenile court was set up in Cook County, Illinois and by the 1920s, every state had established a juvenile justice system.

Before this, the American government set up youth institutions inspired by the English Bridewell institution that focused on trade skills. The idea was that children committed crimes as a means to survive and if they learned skills then they would stop committing crimes. This was an early form of rehabilitation and reformation from the 1890s to 1920. Refuge houses were crowded and the children were overworked because of physical labor. If a child saw the inside of a courtroom, it was for an informal process, basically a talk between them and the judge with no jury to witness the proceedings.

This changed in 1967 with the U.S. Supreme Court decision in re Gault. It found that juvenile proceedings were unconstitutional. Juveniles charged with a crime needed to be allowed the same due process as adults including an attorney and witnesses, and the right against double jeopardy. In 1971, the U.S. Supreme Court decided in McKeiver v. Pennsylvania that juveniles in juvenile criminal proceedings were not entitled to a jury trial. This resulted in harsher punishment for youth crime in the 1980s and 1990s with ‘tough on crime policies. Youth were increasingly brought into adult court to be tried, some juveniles were even sentenced to death or life without the possibility of parole.

While some of the harsher sentencing is still intact today, the main focus in juvenile law proceedings is for rehabilitation.

One of the most influential United States Supreme Court cases to change juvenile law happened in Arizona with re Gault. In 1967, officers arrested 15-year-old Gerald Gault without notifying his parents after a neighbor complained about an indecent phone call. Gault said a friend named Lewis had made the call from his trailer but the real issue was that the court didn’t allow Gault certain rights. They kept Gault in custody for several days with no explanation. They didn’t even notify his parents when he was arrested, they simply showed up and he was gone.

The case made it all the way to the United States Supreme Court and it determined unconstitutional proceedings.

Because the Juvenile code at the time didn’t require:

The re Gault case established rights for juveniles in court. It gave youthful offenders a right to a defense lawyer, formal rules of criminal procedure, and a chance to express their story in an open hearing.

What is Juvenile law?

Juvenile law is most commonly defined as, ‘the area of criminal law applicable to persons not old enough to be held responsible for criminal acts.’ The age of youths represented by the juvenile court changes per state and usually, caps at 18-years-old.

In Arizona, the Juvenile Division is responsible for prosecuting delinquent and incorrigible children between 8 and 18-years-old. This includes juvenile misdemeanors or felonies. Incorrigible acts are status offenses such as truancy or curfew violations.

What are the stages in the juvenile justice system?

The juvenile justice system has a large process to seek rehabilitation and proper consequences for youth. It’s a multistage process.

This is decided by the state’s jurisdiction and juvenile court system.

Juvenile courts are an extension of state police power most often focused on rehabilitation than incarceration. The doctrine of parens patriae is applied to juvenile court. Parens patriae is Latin for “parent of the people,” giving a state or court a parental role over its citizens or anyone subject to the state jurisdiction. This doctrine is the doctrine in which all orphans, dependent children, and persons deemed incompetent are within the control of the state. If the juvenile court waives its jurisdiction, this is when a juvenile is handled by the adult court system.

Ages for juvenile court trials range per state. In Arizona, they’re 15 to 18-years-old. Eighteen is when a juvenile is considered an adult. However, a bill signed by Governor Doug Ducey in 2018 increases that state age statute to 19. Essentially, an Arizona teenager is a legal juvenile up until 19-years-old.

When does a juvenile become an adult in AZ?

Juveniles are tried as adults after they’ve committed heinous crimes and, in the law, are seen as knowledgeable about their horrible actions. According to A.R.S 13-501, a juvenile has to be between the ages of 15-17 years old to be eligible for sentencing within an adult court.

However, with the passing of house bill 2356 signed by Doug Ducey in 2018, the age has been raised to 18. A defendant can be tried as a juvenile until they’re 19-years-old.

Under what circumstances is a juvenile tried as an adult?

Arizona has certain guidelines in place and the juvenile has to have committed one of the following felonies:

The first-degree murder charge, per A.R.S 13-1105, occurs when a person intends to conduct the death of another person or has premeditation that results in death.

A juvenile who’s tried and convicted as an adult will face the same sentencing guidelines as an adult. However, with a first-degree murder charge, juveniles typically get more leniency in their charges and sentencing, unlike adults.

A person under 18, according to A.R.S 13-752, can’t receive the death penalty. The court decides whether to impose a life sentence or a natural life sentence instead. These have some big differences though they might sound similar. When a court sentences someone to life in prison, it means they’re eligible for parole after serving 25 years of their sentence. But, in a natural sentence, they are kept in prison until they die.

A person under 18 cannot consult to engage in sexual conduct, according to A.R.S 13-401. This includes sexual or oral intercourse. Sexual conduct with a minor 15,16, or 17 is a class six felony.

For juveniles, there is one defense that if the victim is 15, 16, 0r 17 and the defendant is under 19, attending high school, and is no more than 24 months older than the victim, the conduct has to be consensual.

Armed robbery, meaning robbery including a weapon, is a class 2 felony. It means either a person’s property was taken by force, or, the force involved a deadly weapon. In Arizona, this can carry a sentence of 4-10 years in prison.

Since 1997, Arizona youth who’ve been adjudicated for a second felony offense must either be placed on JIPS committed to the Arizona Department of Juvenile Corrections or sent to adult court.

What is Juvenile Detention?

Arizona juvenile detention centers, the Arizona Department of Juvenile Corrections, house kids aged 8-17 years old. It’s the temporary custody of juveniles by the Juvenile Court in a restricted environment for the safety of them and the community.

Arizona juveniles can be detained for the following:

Juvenile detentions are one of the many consequences that a juvenile offender can receive. There are many consequences for juvenile youth and without proper representation, a child’s future can be irrevocably damaged forever. How? If a court finds them delinquent for a juvenile misdemeanor or felony.

The juvenile justice system hears 800,000 cases a year and many of these individuals will have charges, fines, and restitution that they’ll be paying for years. There can be heavy charges or fines for youths and if these fines aren’t paid, it can result in incarceration or extended probation.

Ignoring the importance of a court-appointed attorney or an attorney with previous experience can haunt many offenders.

Juvenile court is supposed to be free for “indigent” offenders but nothing is entirely free in court. This is why it’s important to hire an experienced attorney such as Rideout Law Group.

While juvenile court focuses more on rehabilitation, there are still consequences for juvenile offenders that can either be similar to adult charges, or lesser.

The penalties could include:

Since the 80s, charges for juvenile offenders have become increasingly harsh and concerns around crime-related debt have become a question of morality and rehabilitation. It’s best to call an attorney if your child has been arrested to seek the best counsel to avoid high fines and possible incarceration.

Since 1987, the Juvenile Intensive Probation Supervision program has sought to give juvenile offenders a highly structured, closely supervised out-of-home placement, far from overcrowded institutions. Since 1997, youth adjudicated for a second felony offense have to either be placed on Juvenile Intensive Probation (JIPS), committed to the Arizona Department of Juvenile Corrections, or sent to adult court.

If the youth offender becomes a participant in the JIPS program, they must comply with conditions including one or more for not less than 32 hours each week:

The Arizona Supreme Court takes responsibility for monitoring the JIPS programs in all 15 Arizona counties. Each is custom-designed to utilize the resources and meet the special needs of juveniles in that county. 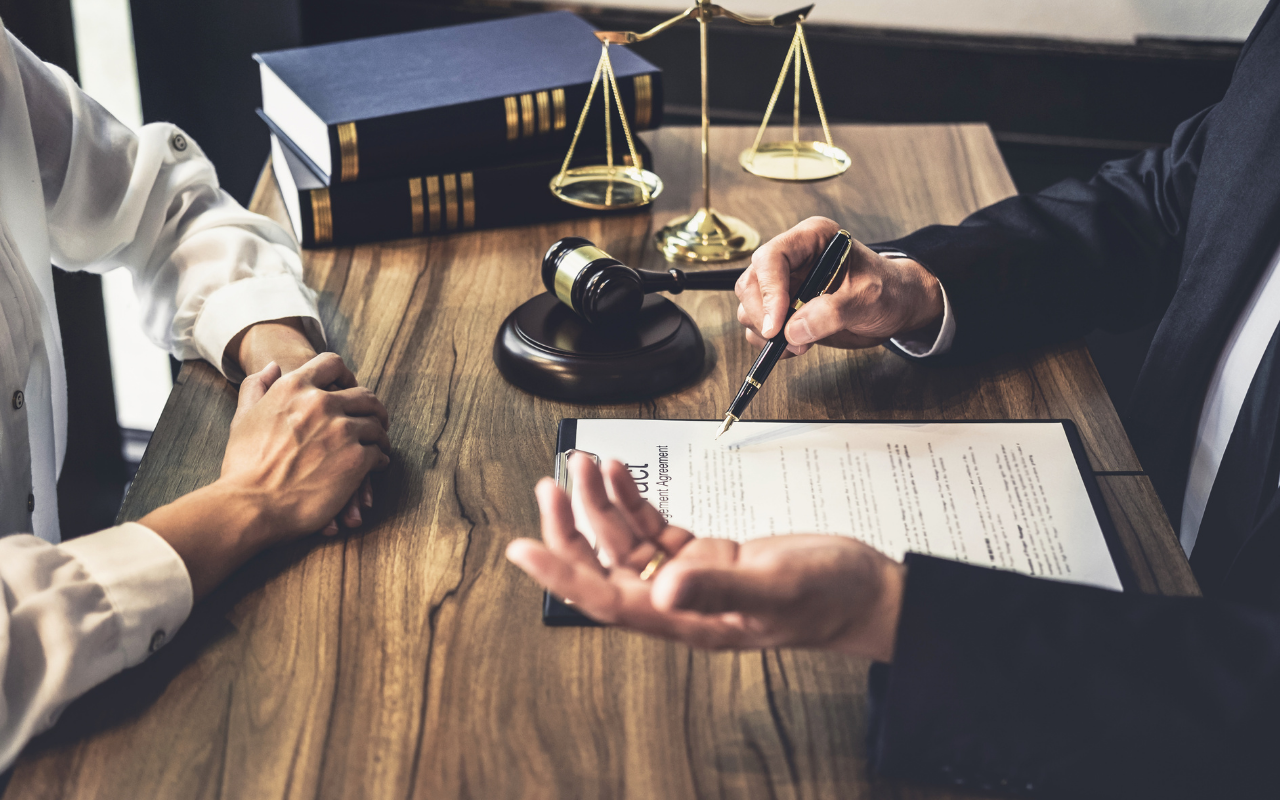 What Laws Protect Juveniles in Arizona?

Juveniles have the right to counsel in juvenile court which is guaranteed by the Due Process Clause of the United States Constitution.

They have the right to counsel in:

Presume indigence: Arizona has no right to presumption of indigence in juvenile court proceedings. Indigence being a person not financially responsible to afford counsel. But the court can appoint an attorney “if a juvenile, parent or guardian is found to be indigent and entitled to counsel,” 8-221.

Waiver of counsel: A youth may waive their right to counsel if the waiver is:

However, if there’s a conflict of interest between the young person and their parent, guardian, or custodian the court can impose additional safeguards on a waiver.

Detention Provisions: State and court proceedings determine the proceedings of a youth’s detention for court. Youth can’t be held in detention for more than 24 hours unless a petition alleges incorrigible or delinquent conduct or a criminal complaint has been filed. Detention has to occur within 24 hours of the filing of the petition.

In Arizona, youth have a right to counsel in the following post-disposition proceedings:

The police will either notify the youth via a citation or ticket, where and when to appear to a court or, arrest the youth for the crime and bring them to a detention center. The juvenile will have an advisory hearing before a judge within 24 hours.

After the officers have completed their investigation of the crime, they send a police report to the County Attorney’s office. The County Attorney’s Office determines whether or not a crime has been committed and files a petition. An advisory hearing is scheduled by the court with a letter sent to the youth and parents about the court date and hearing.

Detention Hearing: After a minor’s arrest, their first appearance is at a detention hearing in the juvenile delinquency court. The juvenile is informed about the charges in the petition and the judge decides whether or not to release the minor to their parents or legal guardians as long as there’s an avowal from the third party that the juvenile will be brought to the next court date.

A juvenile can have either a hearing by a jury or an “adjudicated” hearing, meaning a bench trial that goes directly to the judge without a jury.

Adjudicated Hearing: The State will start with witnesses followed by a cross-examination from the defense counsel. After that, the defense attorney can call witnesses on behalf of the defendant and the defendant themselves if they wish to testify. And when all evidence is presented, including any rebuttals, each side will make closing arguments to the judge.

Another big difference between juvenile and adult cases is that all records are sealed and can’t be easily accessed in juvenile cases. This is different from adult courts where anyone can get the records based on the Freedom of Information Act.

A child tried as an adult needs a lawyer with both experiences trying juvenile offenders as adults. Rideout Law Group has both experience and a great relationship with local courts to guarantee you the best possible outcome for your child.